A firefighter turned personal trainer is poised to launch his next rescue mission – making fitness affordable to all to help combat mental health issues.

The 44-year-old left the fire service April last year to pursue the opportunity, with ActivNess set to officially open its centre on Canal Road next week.

A lending library is being trialled by the charity, where equipment can be borrowed, allowing people to try new activities without the burden of purchasing the relevant equipment.

A small charity shop at the site will also be available where used sporting equipment and apparel can be bought.

Mr MacSween said: “When I was 13 my mother died and around that time, from my teens to my mid-20s, I suffered from bouts of depression.

“I found that at the times I was training I felt balanced and good but times I wasn’t, I didn’t feel so great, so I think that’s what drew me towards studying towards a sport and exercise degree at Edinburgh Napier.

He added: “I decided we would take part in activities and wanted to vary it so I was actually buying equipment as there was nowhere really to get it, so that’s where the idea of the library came from.

“I wanted to create a location where everyone can have access to equipment and we are using it on a trial basis.”

Mr MacSween added: “We want to act as the gateway service to breaking down barriers that stop people from becoming active. These often involve financial constraints so by providing the library and charity shop we how to ease that burden.

“We also want to provide information on what is available and populate our list with groups and businesses that provide activities in the area, with these groups helping us by providing some free taster sessions, so it works both ways.”

The charity is set to work with local mental health organisations in referring clients to each other, ensuring those who need support and help are put in touch with the relevant people.

Mr MacSween said: “I was totally lost when I was younger and probably could have done with support at that point, but that was 30 years ago and there weren’t the support networks there are now.

“Now, I would like to offer that support, or at least offer the direction that you can get support, be that signpost to an organisation that can help.”

The official opening of the centre will take place next week, where local councillors and Drew Hendry MP are expected to be joined by representatives from local mental health organisations.

‘Being sectioned, I felt shame’ Frank Bruno speaks about battling with his mental health 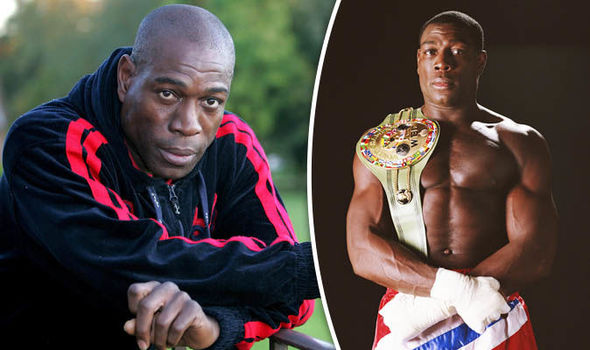 The former heavyweight also said prescription medication made him suicidal. And he compared his battle back to health to fighting an “opponent” in the ring.

Frank, 56, was sectioned under the Mental Health Act in 2003 when he suffered a nervous breakdown and twice again in 2012 after concerns over his bipolar disorder.

In a moving interview, Frank said: “Being sectioned, police coming down to my house and an ambulance taking me away. What was going through my mind was shame, all the neighbours know what you’re going through.”

The father-of-four added: “To be able to overcome mental health, you need to take control and have the support of others, too. It’s a man’s ego thing, if someone says go get help, you don’t, you refuse to and you refuse to go to the doctor.

“I can be stubborn. The first thing was me admitting it. The more you keep it in the more you explode when it comes out.

“So, if you’ve got something wrong with you, there are people to see.”

Although he had been struggling before his divorce from wife Laura in 2001 and retirement, a lack of routine and fights to prepare for hit Frank hard.

His life spiralled out of control and his behaviour became unpredictable, suffering hyperactivity and insomnia.

He was diagnosed with bipolar disorder and prescribed strong medication, leaving Frank battling the biggest fight of his life.

He said: “Your brain is the most important thing out of anything in your life to look after. The medication they gave me, the side-effects kick in.

“They are filling up people with these [drugs] like zombies. The medication made me suicidal, they mess up your head and you can’t sleep. I’m up walking around, breakdancing, so much energy, like superman, and going in the gym all the time.”

Frank added: “We’re all under pressure…it’s how you handle it. How you really take it in mentally and are strong enough to take the mental opponent on and beat it with your willpower.

“I go to the health club quite a lot. I go there in the gym, use the sauna and go for a swim. I eat healthy food and get the right environment around. That relaxes me.

“Exercising the body makes the mind better. Always look after yourself, watch your diet. You go to the gym, get your heart working, heart rate up, you feel so much better. Physical activity can have a profound impact on your mental well-being.

“As long as I put food on the table and I get out of the house,” he admitted.

“I’ve got some nice suits, got a nice car, but there’s only one suit you can wear, only one car you can drive. So, as long as you’ve got your health, that’s the most fascinating thing. And contentment when you wake up in the morning.”

“Family life is good, everything’s fine, I can’t grumble one little bit. I wake up in the morning and breathe and be happy, just duck and dive. What else can you ask for? I’m grateful.”

He also paid tribute to fellow charity campaigner Prince Harry, who he has met on a number of occasions “The royal wedding is coming up soon. Prince Harry is a very nice lad. I met the Queen several times.

“I’m a supporter of Prince Harry, he’s done a good job for racial equality and good luck to him. I wish him the best.”
Frank also admits that he suffered racism and bullying during his life.

“I did suffer bullying and racism, but everybody suffers that in some shape or form, but I dealt with it.

“[Bullies] feel brave with their crowd. I’ve been in situations and there’s been a crowd of people chanting different things, but as soon as you confront them one on one they back down.”

Frank’s boxing career ended in 1995, but he remains one of Britain’s best-loved sports stars.

He won 40 out of 45 professional fights and was crowned champion of the world in 1995.

His boxing career may be behind him, but we may see him turn to training boxers instead, hints Frank.

“I’m not making a comeback in the ring, by the way,” said Frank, adding: “I do have my trainer’s licence now.”

Link to The Express article here