Should teenagers face annual screenings for depression? Under new guidelines from an American doctors’ group, all children aged 12 and above would be questioned about their mental health every year.

On Monday the American Academy of Pediatrics (AAP) published new guidancethat adolescents should be examined every year from the age of 12 to ensure those with depression can get timely help.

Meanwhile, on Friday, the UK government finished consulting on a green paper on adolescent mental health, which focuses on early intervention and suggests schools should play a more central role. Strategies include mental health awareness training for school staff and incorporating mental health into personal, social and health education lessons. 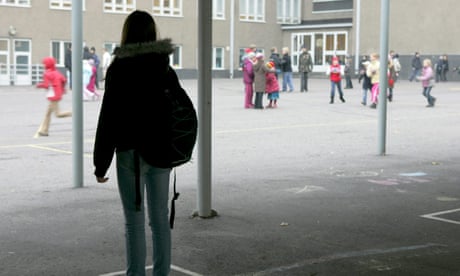 Many teenagers are not diagnosed until adulthood, and doctors believe helping vulnerable teenagers early on could help prevent them suffering in silence. Mental health campaigners have said screening for depression is just one piece of the puzzle.

“My depression started during my childhood and worsened from the age of 13, and I was admitted into hospital at 14,” said 21-year-old mental health campaigner May Gabriel.

Gabriel said if she had been screened for depression at 12 she might have received treatment before she became so ill she attempted to take her own life.

“Many young people are not sure where or how to get help, or even that they may need help, and integrating mental health with regular services in this way would enable more young people to get help.”

Sarah Kendrick, of children’s mental health charity Place2Be, said more than half of all mental health problems start before the age of 14.

“It is by picking up on problems early and helping children and young people to build their resilience that we can equip them with the tools they need to cope with life’s difficulties and to thrive as adults,” she said.

“Continuous support, and an open environment in which [children] are encouraged to talk about their feelings, enables early identification of any problems or challenges.”

Universal screening as advocated by the AAP would involve doctors giving teenagers questionnaires on their emotional wellbeing to complete as part of regular checkups.

“Teenagers are often more honest when they’re not looking somebody in the face,” Dr Rachel Zuckerbrot, a child psychiatrist and professor at Columbia University who authored the guidelines, told NPR.

However, many campaigners believe integrating discussions about mental health into conversations in schools and improving the help available are integral to solving the issue.

An NSPCC spokesperson said screening for mental health conditions could help normalise conversations about depression, but must be accompanied by easy access to support services.

“The government must build on the proposals in its recent green paper to ensure all children who need it can access high-quality and timely mental health support,” they said. 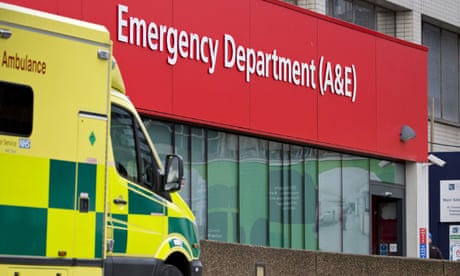 “The big question is what happens when you screen positive [for depression],” mental health writer and campaigner Mark Brown said.

“I assume that in the US that means a referral to a specialist covered by health insurance. In the UK, a referral … for every young person who screened positive would have no chance of working, given current resources.

Some experts also have reservations about the recommended age of 12, particularly as UK doctors are hesitant to prescribe antidepressants to minors.

In the UK, the NHS does not usually recommend antidepressants to those under the age of 18, as there is some evidence they may trigger suicidal thoughts and affect brain development.

Dr Vikram Patel, professor of global health at Harvard Medical School, said there was no global precedent for screening at such a young age.

“I would advocate for screening, though I am not convinced this needs to begin at such young ages, as the incidence of depression is relatively low compared to later in adolescence,” he said.

Patel suggested screening should be twinned seamlessly with a treatment programme including psychological interventions and antidepressant medication.

“In my view, this is one of the most important opportunities to the detection, diagnosis and appropriate care for depression,” he said.