Antidepressants do work – but children need someone to talk to

Nearly a decade ago I found myself perched on the edge of a hard chair in a dark doctor’s office. I was 13 and struggling a lot with self harm, body image, and the simple task of keeping myself alive. Shuffling my feet and wondering how I ended up here, I remember not fully understanding what was happening when I was handed a little green prescription for Fluoxetine – an antidepressant drug often better known as Prozac.

Back then, my frame of reference for mental illness was pretty minimal. All I knew was that I felt numb and I wanted everyone to leave me alone. The thought of something being able to help felt so far away it was almost laughable. Antidepressants had never crossed my mind. Everything I knew about them was framed around the words of American emo bands or soap operas. As the doctor handed me the prescription, I remember it was talked about as the most natural thing in the world. “We’ll give you a course of pills and go from there.” What? Go where? Am I really hopeless enough that only drugs can fix this?

In 2008, I was just one of 40 million people worldwide taking a green-and-yellow pill each day. I was sceptical. How could anything make me feel better? But, 10 years down the line, I still pick up my prescription every month and cannot imagine my life without Prozac.

Last month, I read about how a major study had confirmed that antidepressants do work. The headlines – “The drugs do work” and so on – suggested that we were right all along to medicate depression as soon as it presents itself.

This message should be welcomed and will hopefully battle the stigma surrounding antidepressants. But, for children in particular, there is more to it. In June last year, it was reported that almost 65,000 young people in England, including children as young as six, were taking antidepressants . Guidelines from the National Institute for Health and Care Excellence (NICE) state that they should only be given to teenagers and children with moderate or severe depression, when psychotherapy has failed. It also states that medication should always be taken in concert with other support, such as talking therapies. 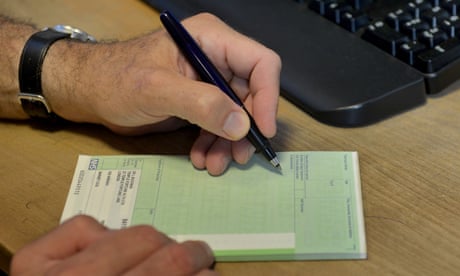 Tens of thousands of under-18s on antidepressants in England

Here is where my concern lies. When I was handed my first prescription, I was told that was the starting point, and that I could not possibly start any therapy without the medication. Before then, I had not seen a fully trained psychotherapist – nor did I even have a full diagnosis from the specialist team sitting in front of me. While I cannot predict how things would be if they had been handled differently – by offering children medication, before giving them the chance to talk to someone, we are telling them we would rather write them a prescription than listen to what they have to say. In moments of intense pain and suffering, children are often left not understanding what is happening to them and, instead of offering them a caring hand to hold, we are giving them a medicinal cold shoulder.

Yes, the pills do work. I’m not afraid to say that they have changed my life, and I honestly believe that without them, things would be very different for me now. But there are a whole host of other things being used to tackle depression that cannot be ignored. The entirety of my teenage years were defined by talking therapies, medication, hospital appointments and care plans. It was never the case that I was going to take the magic pills and things would get better for me, and to suggest that the drugs were responsible for saving my life would be to dismiss a lot of hard work by a lot of wonderful people. Countless therapy sessions and a close, trusting relationship with a dedicated nurse helped me get to the bottom of my illnesses and understand how to manage them. My family rallied around and learnt everything they could to be supportive and understanding. This came along with hospital care and, above all, my own hard work to get through it. Medication is an excellent tool for treating depression – but it is just that – a tool in part of a much more complex selection of resources.

I have sympathy with a system which is struggling among government cuts and lack of strategy, and can understand that sometimes offering medication is the first thing we can do in a child and adolescent mental health service with a wait of up to 18 months for initial support. As a society, we need to work harder to support – not just a quick-fix pill.

I am grateful for the support and love I received to get me to where I am today, and medication has been a valuable part of that. But I wonder, if people had not been so quick to prescribe the pills, perhaps I would be able to imagine my life without them today.