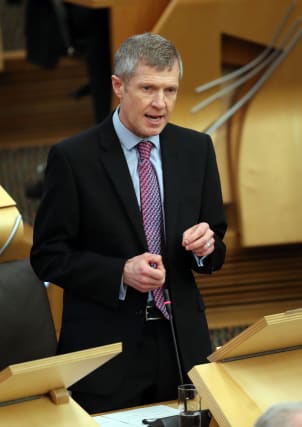 Scottish Liberal Democrat leader has said the Scottish Government’s performance on aspects of mental health is “truly terrible” as waiting times are the worst on record.

Willie Rennie said instead of improving as promised, “performance continues to decline”.

Official figures published last week showed 71.1% of youngsters has an appointment with Child and Adolescent Mental Health Services (Cahms) within the 18-week government target – although the statistics from both NHS Tayside and NHS Borders were incomplete.

The figures, which cover the last three months of 2017, were the worst performance against the 18-week target since it was introduced in 2014.

“But only a year later, the performance is at an all-time low. Children have never waited longer since the targets began.”

He said the number of people taking their own lives in Scotland has increased and is at two people a day.

He added: “All of this is truly terrible. Why is it that people have to wait whilst this government gets its act together?”

First Minister Nicola Sturgeon said the long term trend in suicide is downwards and the government is working closely with health boards to improve performance on child mental health.

She said the average Cahms wait time across Scotland is 10 weeks, adding: “There is a great deal of very hard and good work being done to improve services for those who need mental health treatment.”