Avicii’s legacy is ‘transforming mental health in the music industry’

The family of Avicii have set up a foundation in his name to support causes including mental illness and suicide prevention.

The Swedish DJ took his own life in 2018 while on tour in Asia.

The Tim Bergling Foundation “is our way to honour his memory and continue to act in his spirit,” say his family.

And people currently working on mental health in the music industry say that his legacy has already helped improve awareness in the field.

“One of the main issues Avicii’s death highlighted was the reluctance of men to talk about the subject of mental health,” Tristan Hunt from the Association For Electronic Music tells BBC Radio 1 Newsbeat.

He’s the co-chair of a group that’s working to improve mental and physical health among fans and professionals in the dance music industry.

‘Suicide cuts right across our society’

“His suicide brought into sharp relief just how many men suffer from this, especially within our industry.

Three out of four people who end their own lives in the UK are male, according to a report in September 2018.

More recently, Keith Flint from The Prodigy died from hanging, which his Prodigy bandmate Liam Howlett confirmed as suicide on Instagram.

One person who knows about how working in the music industry can affect your mental health is Manchester DJ and producer Ben Pearce, who says the anxiety and depression he has faced was brought on by working in music.

“I’m glad a foundation is being set up in Tim’s name,” Ben tells Newsbeat.

“It was a really awful tragedy but out of such a dark time, there can be a light. If the foundation helps anybody, I’m sure that will go to redress the balance.”

Ben says it’s “amazing” that anyone is committing time and resources to tackling mental health issues in the music industry.

“Just working in such a volatile industry like music, there are a lot of factors that can influence how your day to day life is,” he says.

“Schedules can change quite drastically and deadlines can change for a lot of people and that puts a lot of additional stress on.”

Since Avicii’s death, Tristan says the music industry has started to address the need for mental health provisions in the same way as it has been in schools and other businesses.

“Avicii’s death sadly brought that into sharp relief but I think one of his greatest legacies will be that he’s helped transform our industry in terms of giving mental health the importance it’s always needed,” he says.

“Now the focus has now been very much upon that to get it resolved.”

The Tim Bergling Foundation will also work on nature conservation and endangered species – among other issues.

Visit the Radio 1 Advice pages for more information on mental health and suicide.

The Prodigy released a statement confirming the news, saying: “It is with deepest shock and sadness that we can confirm the death of our brother and best friend Keith Flint. A true pioneer, innovator and legend. He will be forever missed. We thank you for respecting the privacy of all concerned at this time.”

Liam Howlett, who formed the group in 1990, wrote on Instagram: “I can’t believe I’m saying this but our brother Keith took his own life over the weekend. I’m shell shocked, fuckin angry, confused and heart broken ….. r.i.p brother Liam”.

An Essex police spokesman confirmed that a 49-year-old man had died. “We were called to concerns for the welfare of a man at an address in Brook Hill, North End, just after 8.10am on Monday,” he said. 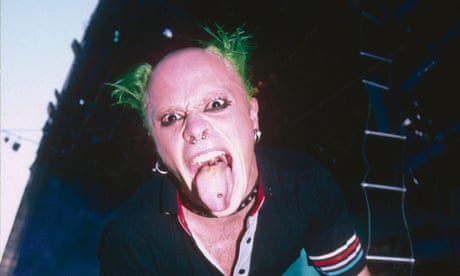 “We attended and, sadly, a 49-year-old man was pronounced dead at the scene. His next of kin have been informed. The death is not being treated as suspicious and a file will be prepared for the coroner.”

With his punk aesthetic of piercings, spiked hair and intense stare, Flint became one of the UK’s most iconic musical figures in the 1990s. He joined the Prodigy as a dancer, later becoming a frontman alongside rapper Maxim. Aside from their 1992 debut, all of the group’s seven albums have reached No 1 in the UK, the most recent being No Tourists, released in November 2018.

Flint performed the vocals on the Prodigy’s best known singles, Firestarter and Breathe, which both went to No 1 in 1996. Firestarter became their biggest US hit and the group are often credited with helping to break dance music into the mainstream in the country.

Firestarter’s black and white video, featuring a headbanging, gurning Flint, was banned by the BBC after it was screened on Top of the Pops, with parents complaining that it frightened children. The self-lacerating lyrics – “I’m the bitch you hated/filth infatuated” – were the first Flint had written for the band. “The lyrics were about being onstage: this is what I am. Some of it is a bit deeper than it seems,” Flint told Q magazine in 2008. The track sold more than 600,000 copies in the UK.

Speaking to the Guardian in 2015, Flint lamented the state of modern pop music. “We were dangerous and exciting! But now no one’s there who wants to be dangerous. And that’s why people are getting force-fed commercial, generic records that are just safe, safe, safe.”

His success was hard won. Having grown up with dyslexia, he dropped out of school aged 15 and worked as a roofer in Essex before joining the Prodigy. He later weathered an addiction to prescription painkillers but became sober and married Japanese DJ Mayumi Kai in 2006. The couple later separated.

As well as his success with the Prodigy, Flint founded the successful motorcycle racing outfit Team Traction Control, which made its debut in 2014 and went on to win multiple Supersport TT titles.

The Prodigy played some of the biggest stages in the UK, including the 1996 Knebworth concerts headlined by Oasis and, in 1997 became the first dance group to headline Glastonbury. Festival organiser Emily Eavis paid tribute, calling their set “a huge, unforgettable moment”.

Eavis added: “He’s played here so many times with the Prodigy and was booked for 2019. What an incredible frontman.”

Gail Porter, who dated Flint between 1999 and 2000, simply wrote the word “heartbroken” on Twitter.

Further tributes have been made from his musical peers. Ed Simons of the dance duo the Chemical Brothers shared a memory of Flint on Instagram.

Richard Russell, the head of the XL Recordings label that first signed the group, said on Twitter: “Devastated keith flint is gone. not just a great performer. he had total integrity & an incredible sense of humour. one of the sweetest people I’ve ever worked with. what a beautiful energy. what a gentleman. privileged to have known him. miss u keith.” 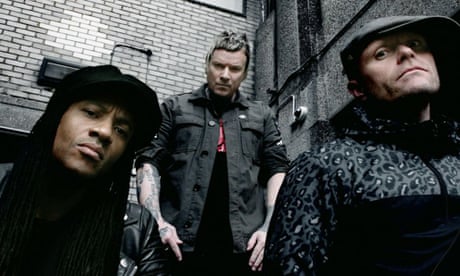 Sleaford Mods, whose frontman Jason Williamson collaborated with the Prodigy on the 2015 track Ibiza, tweeted: “Very sorry to hear of the passing of Keith Flint. Good night mate. Take it easy.” Another collaborator, the band Kasabian, described him as a “beautiful man” and “incredible pioneer”.

The rapper Professor Green said the Prodigy at the Brixton Academy in 2009 was “the best gig I’d ever seen, and still is till this day” and had inspired him to be a music star. He added: “Your music, your presence, your attitude. It all had such an influence on me. Saddened doesn’t even cut it.”

• In the UK, Samaritans can be contacted on 116 123 or email jo@samaritans.org. In the US, the National Suicide Prevention Lifeline is 1-800-273-8255. In Australia, the crisis support service Lifeline is 13 11 14. Other international suicide helplines can be found at www.befrienders.org.