Suicide prevention plan to be launched in Dundee

A new suicide prevention initiative will be launched in Dundee after findings showed the city has the highest rate of people taking their own lives in Tayside and Fife.

Poverty and welfare reform have been cited as one of several contributing factors in the city, which is infamous for having one of the highest numbers of benefit sanctions in Scotland.

It will be under consultation until April and is expected to be endorsed by the Dundee Integration Joint Board in June.

An investigation carried out between 2013 and 2017 showed 131 people died by suicide in the city in that time.

The rate of 19 per 100,000 population was significantly higher than the Scottish average of 13.5.

Males in Dundee have the second highest mean rate of suicide in Scotland.

A report compiled by the Tayside Multi-Agency Review Group, set up in 2016 to investigate the issue, said: “Scotland continues to have a higher suicide rate than the rest of the UK mainland and there is a strong association between suicide and socio-economic deprivation.

“A number of cases have highlighted the impact of issues around benefits in potentially contributing to local suicide deaths.”

Concerns have also been raised about ambulance staff having no access to mental health records when dealing with emergencies, unlike the police.

Speaking at Tuesday’s Health and Social Care Partnership meeting, the committee’s chair Trudy McLeay said: “I was surprised that the ambulance service don’t have access to mental health records.

“It must be a very difficult situation, especially when dealing with an attempted suicide.”

Among men, a significant number were found to have had a record of abuse perpetration, psychotic or organic brain conditions, Autistic Spectrum Disorder, a career history in the military and/or Eastern European ethnicity.

Meanwhile, a common factor specific to women was infertility.

A further report submitted to the Dundee Health and Social Care Partnership raised concerns that there may not be enough funding to implement the new plan.

DWP spokesperson said: “Suicide is a highly complex issue and it’s wrong to make a link with welfare reforms.

“This report is over 300 pages long and mentions welfare reform in just one paragraph.”

Musician urges people not to keep their mental health rapped up

A Tayside musician is helping beat the stigma of mental illness by rapping about his time in a Dundee psychiatric hospital.

Kieran Smart, who studied music production in Perth before being admitted to Carseview, posted a video to social media which detailed his battle against self-harm and hallucinations.

The 23-year-old mentions his feelings of isolation while struggling with his mental health, which led him to spend a total of four months in the unit over the past two years.

He said he hoped the video would encourage more people to seek help sooner, after revealing it took him five years to get treatment.

He said: “It’s an overview of what I was feeling at the time. Now I feel not much different but better – music definitely helps with that. It gives me an outlet – a way to put things down as I’m not really big on speaking to people and this is easier.

“I’ve been writing for ten years and when I came out of Carseview the second time that’s when I recorded my first song.

“I put this video online to help break down the stigma of mental illness. I want to bring awareness to that – I want people to know it’s all right to not be all right.

“It’s a constant reminder for me but I’d rather it helped someone – I hope it would. I’ve been dealing with this since 2012 and I didn’t seek any help until 2017 because I had the idea that being male I had to mask it.”

Mr Smart has also praised staff at the facility at a time when mental health services in Tayside have come under fire, with unit closures in Perthshire and Angus.

He said: “When I first went into Carseview I wanted out as soon as possible because I was in a locked ward but the treatment was really good and the staff were great – they were always willing to talk.”

A Dundee Health and Social Care Partnership chief has pledged his ‘total commitment’ to establishing a new 24-hour mental health crisis centre in the city.

Councillor Ken Lynn, vice chairman of the joint board, said he envisaged the hub would be separate from existing facilities such as Ninewells Hospital or Carseview, to be “more central, more in the community and staffed by mental health professionals”.

It comes after a commission set up to tackle poverty and deprivation in Dundee recommended the creation of a 24-hour drop-in service offering clinical, non-clinical, therapeutic and peer support.

The commission found people reaching crisis point outside normal working hours were unable to self-refer for support when they need it most and some campaigners have criticised policy makers for a perceived lack of action on the issue. 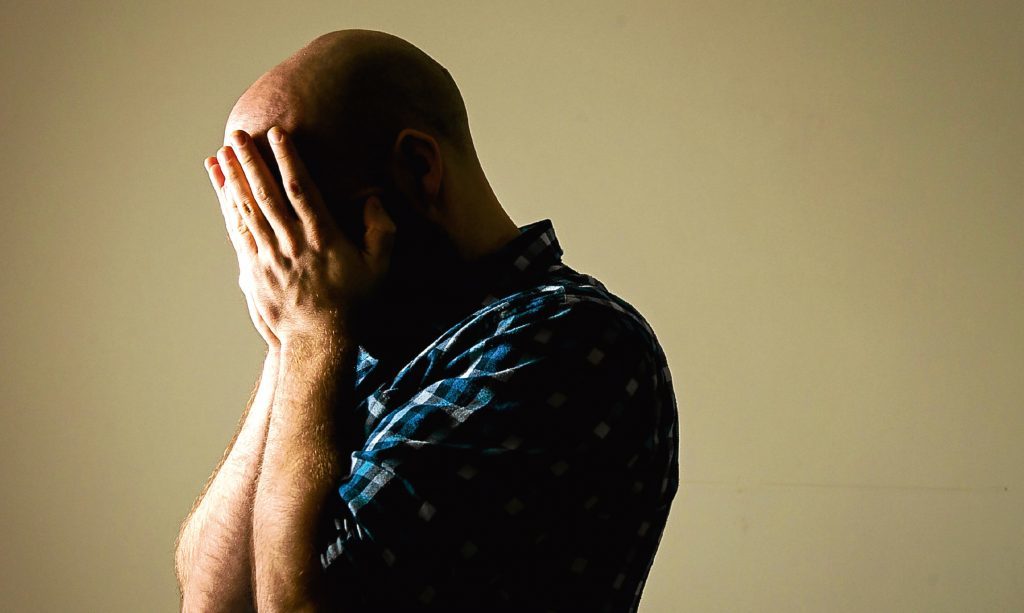 Councillor Lynn rejected any suggestion proposals have been “kicked into the long grass” and said he intended to speak to the new chairwoman of the integrated joint board, Trudy McLeay, about moving the project forward.

“There are a number of hoops we would need to go through before this comes to fruition,” he said.

“But I am very supportive of the idea – in fact, I don’t know anyone who is not.

“I have spoken with representatives of the mental health sub group of Dundee City Council and we agreed to set up an event to make a presentation to councillors. I expect that will happen over the next few weeks.

“I’m totally committed and willing to do whatever it takes to get the money for it, even if it means moving resources from other areas.”

The call received the backing of a number of leading mental health charities and a petition by Ms Marra urging the Scottish Government to back the plans has now received more than 6,500 signatures.

A number of those pledging support also left personal messages outlining how such a facility would have helped them or a loved one in their time of need.

Ms Marra said: “There is an urgent need in Dundee for a mental health crisis centre where people can refer themselves and get support any time of day or night.

“There is widespread support for this type of service in the city and it was recently recommended by the city-wide poverty commission.

“When I called for a crisis centre for Dundee in parliament last year, the First Minister said she agreed that there should be a crisis centre in Dundee but I’m not aware of any progress on this so far.

“There is a crisis centre that serves people in Edinburgh. There is no good reason why there should not be the same level of service in Dundee.”

A Scottish Government spokesperson said: “We’re committed to ensuring that we have the right support available in our NHS and care services for those who need it.

“An independent inquiry into mental health services in Tayside is currently ongoing and we will ensure its findings are shared across Scotland and help shape service delivery in Dundee.”

More than five appointments with mental health specialists are missed every day across Tayside.

On average, 2,286 mental health appointments have been missed each year since 2013.

And the no-shows are increasing, with 2,667 appointments missed in 2018 being the highest figure in the last five years.

The reasons for patients not making it to appointments after a GP referral are complicated, according to a local mental health charity.

Wendy Callander, chief executive of Wellbeing Works Dundee, said anxiety is just one of many reasons.

Wellbeing Works is the rebranded name for the Dundee Association for Mental Health, following a change last month.

Ms Callander said: “It is difficult for me to say why people miss appointments with the NHS, but we have similar examples when people are referred to us.

“They often miss their first meeting if we send them a letter inviting them in after a referral. If we reach out to someone, there is a chance they will not show.

“There’s a lot of anxiety and not knowing what to expect that causes that.

“We get referrals from a wide source of people and places.

“What is more likely to work for us is if someone comes with them — a friend or family member of support worker, for example.

“With mental health, you don’t just wake up deciding you have a problem. It can take weeks and months to creep up.

“Going to a doctor about a cough can provide anxiety, so if it’s about mental health that can be even worse.”

While understanding how difficult it can be for someone with mental health issues to  reach out for help, Wendy insists it is worthwhile.

She added: “It’s a huge problem.

“NHS are telling us about missed appointments and they are trying to address that particular issue.

“Wellbeing wants to resolve the issues because the help is there, but if people aren’t able to get to it then they’re not getting the benefit.

“One problem is people not knowing what to say to a GP, but there is nothing you can tell them that they haven’t heard before.”

NHS Tayside does not report reasons for why appointments have been missed, as most of the time it is not known.

Missed GP appointments for all ailments cost the health board £277,000 in just one week last year.

At the time, NHS Tayside estimated that one in 10 GP appointments are wasted every week.

Teenagers have created a series of booklets and posters to help promote mental health across Dundee.

Pupils at the High School of Dundee worked with staff from the charity Feeling Strong.

Founded by Brook Marshall the charity aims to help young people in Dundee who have suffered a mental health challenge to reach their full potential.

This is achieved by delivering services co-produced by, and delivered by, young people.

Brook visited the school to help youngsters work on an art and design department project on health and well being.

The pupils created documents, booklets and posters examining and giving guidance on issues such as body image, bullying, stress and anxiety.

Art and design teacher Andrea Ross, who led the project, said: “Our goal was to create  resources which would help young people to access engaging, yet practical advice about their mental health and well being.

“We were delighted to see our pupils approach this project with inspirational maturity.”

The work recently went on show at the school and a booklet featuring some of the pupils’ artwork is being sold to raise funds for the charity.

Brook said: “I  think it’s a tremendous opportunity for young people to engage with the subject in a very empowering way.”

Copies of the booklet supporting the charity can be obtained for a minimum £5 donation from Andrea Ross.